Tobii AB today reported its results for the first quarter 2019.

“Tobii has had a good start of the year with sales increases in all business units. Overall, sales increased by 34 percent, and 20 percent adjusted for currency, compared with the first quarter of 2018. Sales also grew sequentially despite a strong fourth quarter in 2018. In addition, the operating margin at Tobii Pro remained high at 20% also in this quarter. With continued breakthroughs in new segments and markets, as well as operating costs that have leveled off, I am optimistic about the continuation of the year.”

Events after the end of the period

Comments from the CEO

Tobii has had a good start of the year with sales increases in all business units. Overall, sales increased by 34 percent, and 20 percent adjusted for currency, compared with the first quarter of 2018. Sales also grew sequentially despite a strong fourth quarter in 2018. In addition, the operating margin at Tobii Pro remained high at 20% also in this quarter. With continued breakthroughs in new segments and markets, as well as operating costs that have leveled off, I am optimistic about the continuation of the year.

Tobii Dynavox increased sales an impressive 40% compared with the first quarter of 2018. The sharp increase can be explained in part by the acquisition of Smartbox and favorable currency effects. Adjusted for these factors, sales growth was 10%. Organic sales increased both for our new touchscreen products and for our eye-controlled products. We see solid growth in both established markets such as the US, Sweden and Norway, as well as in less developed markets, such as Eastern Europe. This accomplishment indicates the continued large growth potential in the market and for Tobii Dynavox as market leader. To take advantage of this po-tential we continue to invest in product and market development and during the quarter, we have trained about 7,000 therapists, prescribers and other key individuals all over the world.

The British competition authority CMA’s review of the Smartbox acquisition is still in pro-gress and has now entered a second phase. Consequently, non-recurring costs and the delay in beginning the integration process have had a negative impact on the financial performance for the quarter. We are cooperating with the CMA and continue to believe that the acquisition does not inhibit competition; rather, it is good for our customers, for Smartbox and for us. We look forward to a final decision from the CMA in late July so that we can continue the process.

Tobii Pro delivered yet another strong quarter with an operating margin of an impressive 20% and sales growth of 7%, adjusted for currency effects, even with a strong comparative quarter. In line with our strategy, we organized the business into the three segments “Scientific Research,” “Market Research and User Experience” and “Professional Performance” during the quarter. We see favorable growth opportunities in all three segments, and the change will enable us to more effectively address the varied needs of the segments and create customized offerings of both services and products. We continue to invest in broadening and refining our product portfolio, including the launch of a new version of our software Tobii Pro Lab during the quarter. We achieved key breakthroughs in China during the quarter within Market Research, as well as in North America within Professional Performance. We also opened a new sales office in Singapore. Overall, Tobii Pro continues its high pace of business development.

In Tobii Tech, currency-adjusted sales towards external customers increased by 36%, and by 21% in total. The primary focus is on the three segments PC, VR and Niche applications.

Sales kicked off during the quarter for Dell’s Alienware Area 51-m, the first computer with our new IS5 eye-tracking platform. We can clearly see that the IS5 design has triggered interest in eye tracking in PCs and we are currently engaged in discussions with several major OEM manufacturers. After the end of the quarter we launched a completely new generation of Tobii Aware, a software solution that makes it possible to develop more intuitive computers with for instance improved privacy and security. The first shipments of Tobii Aware enabled PCs to customers are expected in the second quarter.

Within Niche applications we added several new customers during the quarter. The segment already accounts for a substantial portion of Tobii Tech’s sales and I see continued favorable growth opportunities.

Market intelligence firm IDC has updated its VR and AR market forecast and expects growth by over 50% this year to about 9 million sold units and to 70 million units by 2023. The first units with eye tracking are being launched on the market this year, but we see several clear signs that over the next few years eye tracking will become standard in VR and AR products, for instance launches by HTC and Microsoft during the quarter. Our goal is to be the market-leading eye-tracking technology provider in this field. HTC is an important early customer for us, and we are working closely with them, other customers and the ecosystem at large to drive adoption of eye tracking. As part of this effort, we also launched several new tools for development of software with eye tracking in March.

Taken together, we have achieved a good start to the year with sales increases in all three business units and, as planned, operating costs that have leveled off. We continue to be optimistic about achieving our financial goals.

This information is information that Tobii AB (publ) is obliged to make public pursuant to the EU Market Abuse Regulation. The information was submitted for publication, through the agency of the contact person set out below, on April 26, 2019, at 7:30 a.m. CET. 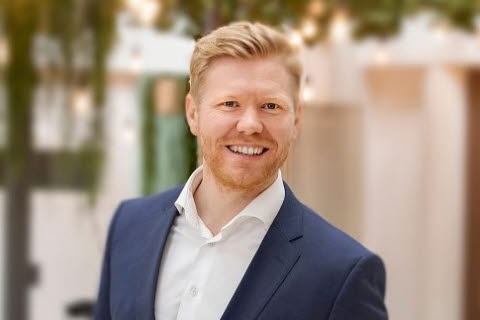