“We continually strive to push the envelope of gaming and bring it to new heights with a complete portfolio of premium Predator gaming devices that offer the most cutting-edge, transformative technologies,” said Jerry Kao, president of IT Products Business at Acer. “Predator is one of the industry’s most respected and admired gaming brands, and we are proving this true once again by bringing entirely new experiences to gamers, made possible with Tobii eye-tracking technology.”

In gaming, eye tracking re-envisions what’s possible, allowing gamers to interact with their environments more seamlessly, interact with characters more realistically and even enhance immersion and user experience. Combined with curved displays, eye tracking creates groundbreaking immersive experiences. Simulator gamers, like those that play Elite Dangerous and Euro Truck Simulator 2, are able to look around freely in any direction without having to orient their character or vehicle in the same direction – the scene camera will orient itself based on the user’s gaze and attention. This eye tracking implementation, called ‘Infinite Screen’, is one of many different ways Tobii is improving realism and immersion in PC gaming.

“Acer’s integration of eye tracking in four different gaming devices at once is the most solid demonstration of the industry’s growing belief in eye tracking gaming to date,” said Oscar Werner, president of Tobii Tech. “The Predator line is poised to set a new benchmark in hardware specifications and the experiences gamers will demand in the future.”

Gamers who purchase a Predator device with Tobii Eye Tracking, have the chance to play over 40 Tobii Eye Tracking Enabled titles including Tom Clancy’s The Division and Assassin’s Creed Syndicate. Tobii is actively working with PC game developers and studios of all sizes to rapidly expand the Tobii Eye Tracking game portfolio and expect over 100 eye tracking titles by the end of 2017. Most recently, the company announced eye tracking integrations in Deus Ex: Mankind Divided and Master of Orion. Please visit Tobii Apps to view the continuously updated game portfolio. 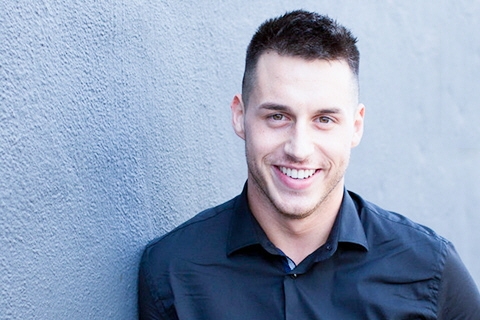 Tobii is the global leader in eye-tracking. Our vision is a world where all technology works in harmony with natural human behavior. Tobii operates through three business units: Tobii Dynavox makes specially designed computers that are controlled by eye movement or touch screens for use by people with special needs due to spinal cord injuries, CP, ALS or other medical conditions. Tobii Pro develops and sells eye-tracking equipment and services used today by more than 3,000 companies and 2,000 research institutions, including all of the world’s 50 highest ranked universities. Tobii Tech further develops Tobii’s technology for new volume markets such as computer games, personal computers, virtual reality and vehicles. Tobii is headquartered in Sweden and is listed on Nasdaq Stockholm (TOBII). The group has around 700 employees. For more information, please visit www.tobii.com.