SAN FRANCISCO, March 17, 2014—Tobii Technology, the global leader in eye tracking, is presenting a special package around featured titles for independent game developers, that will help them bring games with eye tracking to market in 2014. Featured games will get unique support and promotion and will be made available for the world’s first mass-market consumer eye tracker that SteelSeries will launch later this year. Developers can meet with Tobii at the Game Developers Conference this week to get involved.

“The gaming industry is often at the forefront of innovative new technology that entertains consumers in incredible new ways. By harnessing the joint powers of creativity and technology, developers can now create truly remarkable and completely new experiences for their games with eye tracking,” said Oscar Werner, vice president of Tobii’s OEM Solutions division. “There is unlimited potential for indie game developers and we’re determined to provide great opportunities to help developers move from experimenting to launching real games in the market. Developers who create the first eye-tracking games will be recognized as pioneers in what many expect will be one of the next biggest advancements in gaming and computer evolution the coming years.”

Tobii welcomes all developers to participate in this opportunity to make games that can be featured titles in one of the five categories below:

To get involved, developers can simply complete the online form at www.tobii.com/gaming. Each developer will have an opportunity to discuss ideas with a dedicated Tobii representative and determine a unique framework for resources, support and promotion methods. The feature title pack includes:

As an example, Tobii is working with independent developersstillalive studios to help them become one of the first in the world with expertise creating new gaming adventures using eye tracking.  Using Tobii’s eye-tracking technology, stillalive studios is developing a game called Son of Nor, an action adventure game in which eye tracking is being used to give the player terraforming and telekinesis powers. Check out the game at http://youtu.be/OxxDjW0cS-Y.

“Eye tracking has fascinated us for a long time, so when we discovered that Tobii was offering an opportunity for developers to make it a reality for everyone, we had to be a part of it,” said Julian Mautner, founder and lead programmer at stillalive studios. “The integration feels really natural to the player — it doesn’t change how the game would be played without eye tracking — just makes it much more immersive and intuitive. It is amazing to control telekinetic abilities with your eyes and have them behave exactly as you intend them to.”

Tobii will be at booth #1824 at GDC 2014 March 19-21, with SteelSeries, the leader in premier gaming peripherals and accessories. Visit the booth to talk to a Tobii representative about the opportunities for game developers. The booth will also showcase a preview of stillalive studios’ Son of Nor game.

Tobii is also offering its EyeX Dev Kit at a GDC special price of $95 on www.tobii.com/buy-eyex.

10 ways to get inspired

See the video “10 Ways to Use Eye Tracking in Games” that gives developers and others ideas for eye-tracking experiences in games. 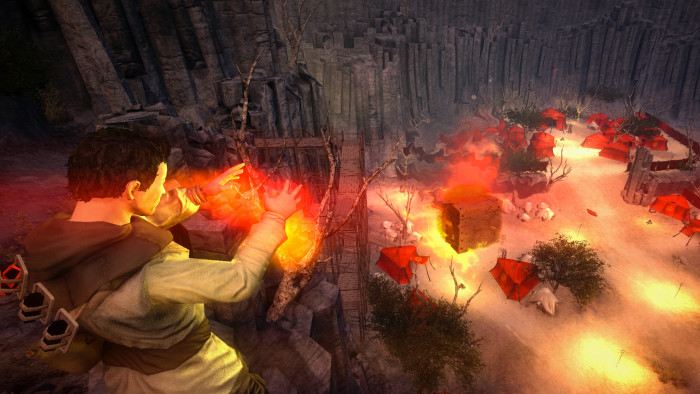