Tobii.com
Company
Newsroom
Press releases
Just One Look: Tobii EyeAsteroids™ Lets Gamers Save the World With a Glance, One Asteroid at a Time

Just One Look: Tobii EyeAsteroids™ Lets Gamers Save the World With a Glance, One Asteroid at a Time

“We believe the addition of eye control to computer games is the most significant evolution point in the gaming industry since the introduction of motion control systems, such as the Nintendo Wii,” said Henrik Eskilsson, chief executive officer of Tobii Technology. “Gaze interaction is fast and intuitive, adding an entirely new dimension to video game interaction. Players are now able to immerse themselves into a game like never before, taking competition to a completely new level.”

The first-of-its-kind arcade game will begin its world tour at Dave & Buster’s Times Square, located at 234 W. 42nd St., 3rd floor, New York City, where it will remain for two weeks and then will be on display in London later in the month. From Jan. 10-13, Tobii EyeAsteroids will be featured in the Tobii Technology booth #35650 in South Hall 4 at the International Consumer Electronics Show in Las Vegas.

Tobii EyeAsteroids offers gamers a unique experience in a classic arcade game style: the player has the chance to save the world from an impending asteroid collision. As the asteroids move closer to Earth, the gamer looks at them in order to fire a laser that destroys the rocks and saves the world from destruction.

When playing the eye-controlled Tobii EyeAsteroids, the user’s hands become superfluous to the game’s success. The speed at which the eyes can target the asteroids is many times higher than what can be accomplished using the hands. During initial testing, one consumer stated: “This is a new kind of gaming experience--very laid-back casual gaming. The time gap between decision and action is virtually non-existent. That’s pretty unique in a gaming scene ruled by the latencies caused by mouse, keyboard and especially gamepad input.”

“EyeAsteroids is another example of how seamless the adoption of eye tracking can become in our everyday lives and how the integration of eye tracking in consumer electronics can benefit the overall user experience,” said Barbara Barclay, general manager of Tobii North America. “With this product we are able to help revolutionize this industry as it looks to the future of gamer interaction beyond that of motion gaming and dance pads.”

Tobii EyeAsteroids is available for purchase by companies and individuals. There will be a limited production run of 50 units available for $15,000 each. For more information or to fill out an order form, please visit www.tobii.com/eyeasteroids.

Tobii Technology is the world leader in eye tracking and eye control, a technology that makes it possible for computers to know exactly where users are looking. Tobii’s leading eye-tracking technology has already transformed research in many fields and enabled communication for thousands of people with special needs. In these markets, Tobii offers comprehensive product lines. Eye-tracking technology will revolutionize the way that we interact with computers, becoming a fundamental part in the next-generation natural user interface. With gaze, computer interaction and games become faster, more intuitive and more fun. Tobii also provides market-leading eye-tracking technology in areas such as car manufacturing and driver safety, imaging/PACS, diagnostics, security and more. Founded in 2001, Tobii continues to achieve rapid annual growth and receive awards and recognition for its accomplishments. Based in Sweden, Tobii has a global presence with offices in the U.S., China, Germany, Japan and Norway, and a worldwide network of resellers and partners. For more information, visit www.tobii.com. 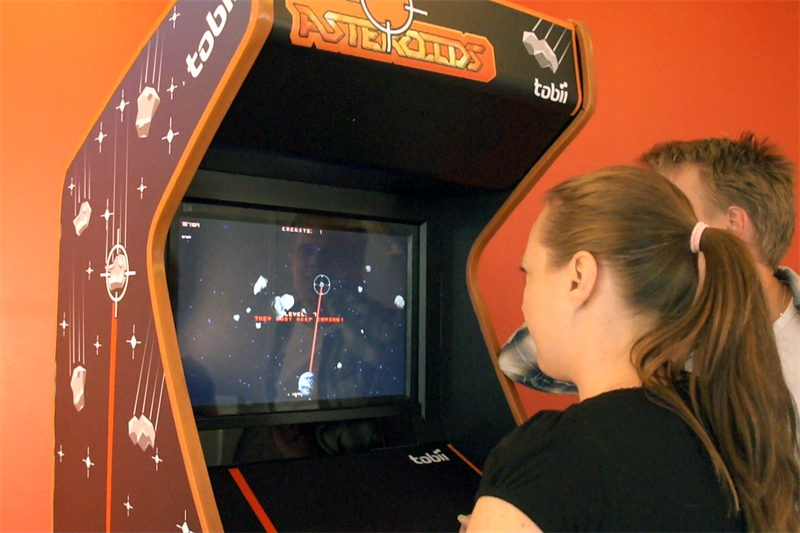