STOCKHOLM, Jan. 17, 2013—Tobii Technology, the global leader in eye tracking and pioneer of gaze interaction, was presented with four “Best of Show” honors from top industry media organizations last week during the 2013 International Consumer Electronics Show (CES) in Las Vegas for the introduction of Tobii REX, the company’s groundbreaking new computer peripheral powered by Tobii Gaze. CNET, Mobile Geeks, Popular Science and Übergizmo celebrated Tobii for having one of the most innovative technologies introduced at the show that is expected to have a major impact on the future of human computing.

“We are extremely honored that Tobii REX and the Tobii Gaze interface were so well-received by so many. We absolutely believe that the integration of gaze into multi-modal computer interaction will dramatically enhance how we all use computer technology in the future, and Tobii REX is an important milestone in taking us closer to realizing this,” said Henrik Eskilsson, CEO of Tobii Technology. “We are very pleased the product has received such strong, positive interest from the many developers, manufacturers and tech enthusiasts we met at CES.”

•   CNET – Best of CES:  Emerging Technology - Finalist
“The new Rex is small enough to sit on your laptop between the monitor and keyboard. It can also comfortably attach to the bottom of most desktop monitors. More interesting than its rectangular design, though, is the fact that it lets you navigate through Windows 8 with just your eyes and a single keystroke.” -- Seth Rosenblatt, CNET
See also Tobii REX on CNET YouTube: Tobii Rex's Windows 8 eye-controller and read more about Tobii REX on CNET: Hands-on Tobii Rex's Windows 8 eye-controller.

•   Popular Science – CES 2013 Product of the Future
“Tobii’s technology uses your eyes to replace your mouse cursor, and the company’s monitor-mounted REX peripheral now allows virtually anyone to take advantage of it … Tobii has launched the REX, a $995 developer module that hopefully will be a consumer product in the near future. The REX attaches to the underside of your LCD monitor. After about 30 seconds of training, the REX’s electronic eyes follow your own, allowing you to control your cursor with just your eyes. It’s amazingly accurate, although you’ll still need to ‘click’ with your keyboard.” -- Popular Science

•   Übergizmo – Best of CES 2013
“Tobii, a company specialized in eye tracking technology, launched the Tobii REX, touted to be the world’s first gaze interaction computer peripheral for the consumer market. Tobii REX is based on Tobii Gaze, which is a revolutionary and award-winning eye-tracking-based interface that was introduced in 2012, where users are able to control the computer simply by using their eye gaze alongside other controls like touch, mouse and keyboard. We tried the new Tobii REX device at CES Unveiled last week and were impressed by its accuracy …Tobii REX will be available for consumers this fall, developers can buy it now.” -- Übergizmo
Read more about Tobii REX on Übergizmo: Tobii REX Unveiled.

•   Mobile Geeks – Best of CES 2013: Best Enabling Technology
“We knew that Tobii would be showing off their Eye Tracking-Hardware at CES and we were impressed by what we saw. We visited the Tobii booth and got up close and personal with Tobii Rex … I am convinced that the technology is taking us closer to the future and will allow us to improve the way we use PC’s.” -- Malarie Gokey, Mobile Geeks
Read more about Tobii on Mobile Geeks.

Developers interested in trying Tobii REX are welcome to go to www.tobii.com/rexdev  to order the $995 Tobii REX Developer Edition.

Tobii REX Limited Edition will be made available to consumers by this fall. To receive notification when orders can be placed for the limited edition of 5,000 units, go to www.tobii.com/rexvip. 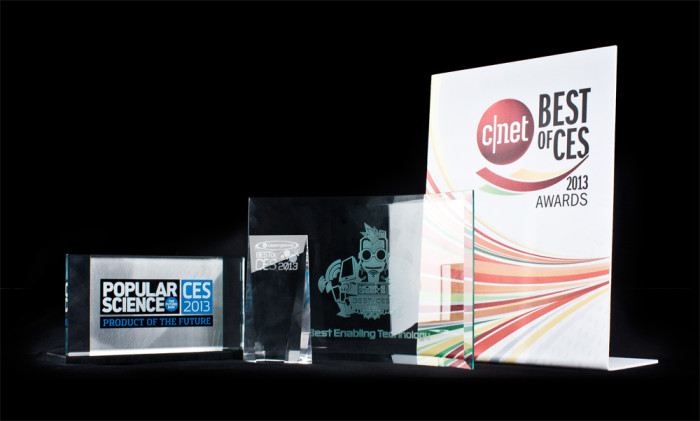