Stockholm, November 1, 2012—Tobii Technology, has been selected as one of 5 national finalists to represent Sweden in the European Business Awards.  As a National Champion in the prestigious 2012/13 awards program Tobii will now compete for the coveted Ruban D’Honneur status in the next round of the competition.

The European Business Awards has identified Tobii as one of Europe’s best businesses based on its ability to demonstrate three core principles at the heart of the awards program: innovation, business excellence and sustainability.

“We’re proud to be selected to represent Sweden as a National Champion,” said Henrik Eskilsson, CEO of Tobii Technology. “The European Business Awards is widely recognized as the showcase for Europe’s most dynamic companies and we are now looking forward to the next round of the judging process where we can explain in more depth how we are achieving business success in these tough trading conditions.”

This year, for the first time, entrants in the European Business Awards submitted a video case study. All case studies were uploaded onto the European Business Awards website and an online voting mechanism was introduced to allow the public to choose their favorite videos in each country. Over 35,000 votes were cast with one company automatically going through to the National Champion round. In addition, an esteemed panel of judges chose another 4 organizations that exhibited innovation, business excellence and sustainability to represent Sweden.

Adrian Tripp, CEO of the European Business Awards says, “This year, the video element of the awards has allowed our panel of expert judges to gain a much deeper understanding of the business strategies of all the National Finalists. It is because of this that the judging has been particularly tough and this year, perhaps more than ever before, it is an exceptional accolade to be picked as a National Champion. Together with our sponsors and supporters we’re looking forward to seeing Tobii Technology in the next round.”

Between now  and January 2013, National Champions will be reassessed by a third panel of judges made up of Europe-wide business leaders, academics and entrepreneurs who will award the top organizations the coveted Ruban d’Honneur status. Finally, after face-to-face presentations, the Ruban d’Honneur recipients will be honored and the names of the overall winners will be revealed at a Gala awards ceremony in April 2013. 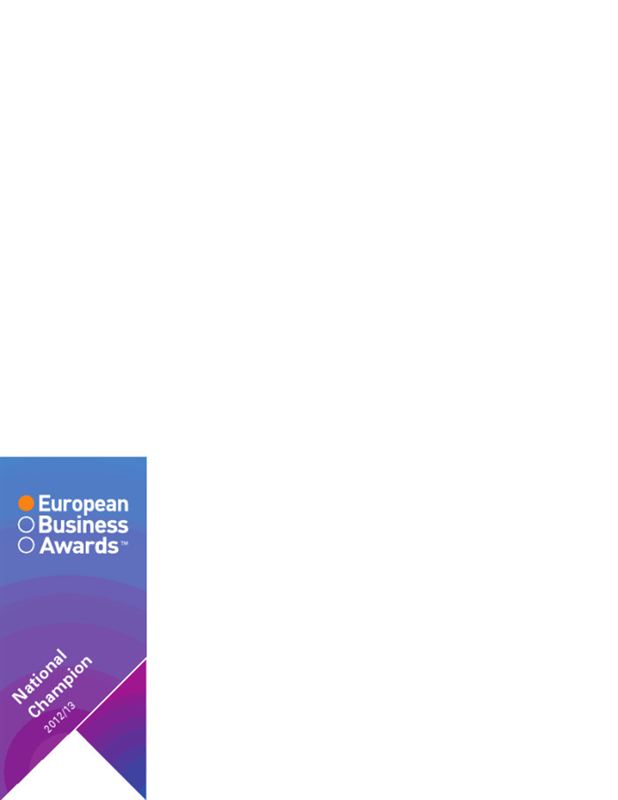