STOCKHOLM, May 8, 2014 — Tobii Technology, the global leader in eye tracking, today announced that it has started to ship the Tobii EyeX Controller to developers who have pre-ordered the dev kit. The first batch will now be shipped to developers who want to integrate eye tracking into mainstream Windows applications and PC games. To celebrate the EyeX launch, Tobii is offering the dev kit for $95 through the end of May (regular price is $139).

“With the Tobii EyeX dev kit, developers can unleash their creativity and start exploring eye tracking to harness completely new user experiences — experiences that are more natural, more intuitive and more fun,” said Oscar Werner, president of OEM Solutions. “We’re really excited to be delivering the Tobii EyeX dev kit to developers all over the world and to see how developers will use the dev kit to customize programs for the specific needs of their user groups and audiences.”

Developers can order the Tobii EyeX dev kit now for a special limited-time price of $95 with the code “HelloDev”. This promotion will run through the end of May.

Gaming will be first

As previously announced, Tobii has an agreement with SteelSeries that will launch the world’s first gaming eye tracker to consumers later this year. Several game studios are now in the process of creating eye tracking-enabled games. Tobii has also started working with independent developers to deliver third-party content for coming consumer devices and applications that are eye tracking-enabled. Among the pioneers are Son of Nor by stillalive studios and EyeAsteroids by Foveal Wizardry, as well as Facebook and Photoshop extensions by 4tiitoo.

“Tobii EyeX offers massive opportunities for developers in many different segments to truly innovate and outpace their competitors. We see very large opportunities in ergonomics, health care, automotive, security, CAD/CAM and industry automation, to name just a few,” says Werner. “Imagine if, in addition to the mouse, you had another way to point to the screen. How would you evolve your user interface?”

The Tobii EyeX Controller is paired with the Tobii EyeX Engine, a unique and powerful middleware that provides a set of predefined functions, such as calibration, and user interactions, which combine eye tracking with other modalities such as keyboard and touchpad (see demo). This is a unique combination that makes it easy for developers to get started, allowing them to focus on the fun part of enhancing their app.

“With the EyeX dev kit, Tobii has turned what is generally seen as complex into something simple. This allows any developer to rapidly add eye-tracking capabilities to their application, while also ensuring that users get a consistent and intuitive user experience. We look forward to seeing what will come out of our growing community of developers,” said Werner. 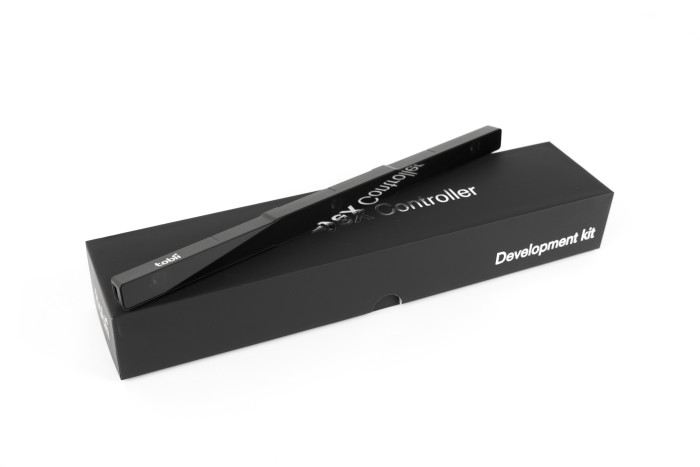