STOCKHOLM, Feb. 28, 2013—Tobii Technology, the global leader in eye tracking and gaze interaction, will showcase a new world of human-computer interaction and gaming transpiring through its award-winning Tobii REX peripheral eye-tracking device at CeBIT in Hannover, Germany, March 5 to 9. Tobii REX is the first computer peripheral that will redefine the user experience by combining gaze interaction with traditional computer and game controls.

At CeBIT, developers, manufacturers and the general public can visit Tobii’s booth (E70, Hall 17) to experience Tobii REX and Tobii Gaze firsthand and catch a glimpse of  the future of gaze-powered applications in a variety of products including consumer electronics, enterprise solutions and automotive. Tobii will also showcase how its technology is dramatically advancing the intensity and immersion of computer games with demos at Intel’s booth (A01, Hall 23).

“Integrating Tobii Gaze into gaming applications is quite literally a game-changer for the developer, the industry and the consumer, as it creates huge opportunities for innovation and a completely new and unique user experience,” said Henrik Eskilsson, CEO of Tobii Technology. “Gamers will be amazed just how quickly and naturally they can rely on their eye movement to control game functions faster and more accurately and, most importantly, how much more real the game becomes because the users’ actions are more closely connected to their sense of sight.”

Tobii REX is currently available for developers, and 5,000 units of the Tobii REX Limited Edition will be made available to consumers by fall 2013. Tobii anticipates a mass market version will be introduced in 2014.

“Gaze interaction is creating opportunities for software developers in many exciting areas, and since the launch of the Tobii REX and the Tobii Gaze Partner Program earlier this year, our relationships with industry partners have grown substantially,” Eskilsson said. “There are endless possibilities for Tobii Gaze applications and implementations and we look forward to seeing many of them realized this year.”

Tobii REX, powered by Tobii Gaze, is redefining the computer user experience by combining gaze interaction with traditional computer and game controls to enable computer users to select, scroll, zoom and navigate faster and more intuitively. In 2012, Tobii Gaze was recognized by the World Economic Forum as one of the most innovative technologies expected to have a major impact on the future of human computing. The USB-powered Tobii REX was first introduced at CES 2013 and celebrated as one of the hottest new technologies unveiled at the show. 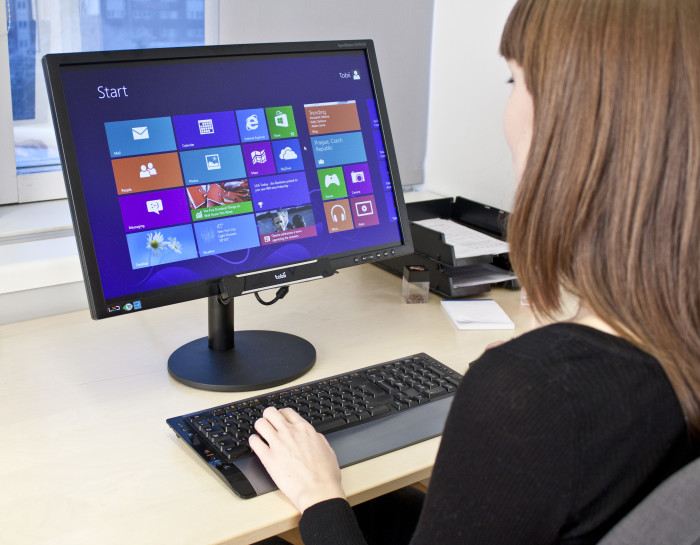